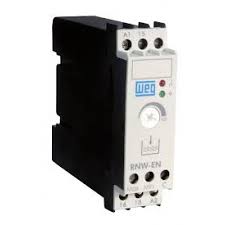 Attached to the main contractor serves as a switch from the Star relationship to the Delta relationship. The principle works like a normal clock but uses electric current as a source of energy.

This tool is equipped with an electric conductor valve such as the magnetic contactor with NO and NC configuration (normal open & normally closed) at the time of the cold configuration can change upside down. The NC valve functions to move the Contactor Star then after the desired time the NC valve becomes open and the NO Valve becomes closed while moving the Contactor Delta.

This tool is a protection or security device that is installed after a distribution device, serves to secure equipment that works using electric current, this tool works in heat induction, using bimetal metal where the metal will disconnect the current if overheating, heat can occur if the equipment experiences a load excessive capacity acceptable.

Using a voltage regulator scale adapted to the equipment to be protected. For example, a motorbike in the name of the patent is written to a maximum load of 5 Ampere, so the scale of the overload must be at the number 4.5 A or a maximum of 5A. this is to keep the motorbike from burning or damage if it receives a load greater than its capacity.

This tool is a distributor of electric current that works mechanically with the help of magnetic induction, equipped with rolls that will produce a magnet if it is from an electric current. So that the valve that was previously open becomes closed because the magnetic pull and the required electric current will flow through the meeting of the valves.

The weakness of magnetic contactor is that it can be damaged quickly for frequent use. Because every meeting of the valves – electric conductor valves on this device can cause a large spark so that the surface of the valve wears out quickly and cannot deliver electricity properly.

What are the different types of Circuit Breaker?