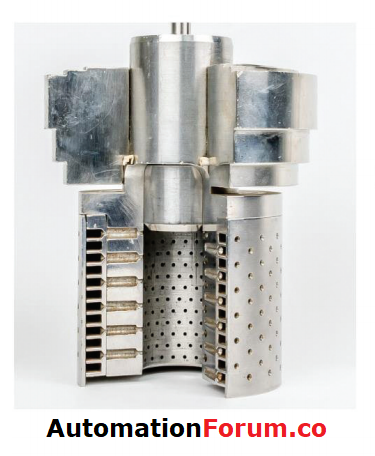 What is cavitation in control valve?

Cavitation is phenomenon caused to boil or bubble formation (which results in tremendous sound at pipeline joints) due to decrease in pressure rather than by increasing temperature. Cavitation happens at a junction where there is an appropriate reduction in pressure, stream isolation or constraint such as valves, vortex component or differential flowmeter.

How to avoid cavitation in valves?

To get rid of cavitation problem we have know about the cavitation coefficient XFZ.

As above said cavitation causes due to the pressure drop, thus coefficient of cavitation is the ratio of pressure difference across valve.

Therefore, it is assumed that the minimum pressure pmin is equal to the vapor pressure pV of the liquid when cavitation noise starts, thereby calculating the pressure ratio XFZ as a function of the valve load y by noise measurements.

If a valve’s XFZ values are known over the entire travel range, it can be determined in advance for all operating pressure ratios.

Whether the effects of cavitation should be expected. Cavitation can be avoided in case of an operational pressure ratio xF < XFZ ; in the case of xF < XFZ , a stationary cavitation region grows whose expansion is roughly proportional to the difference, as shown in the above equation.

If a clever plant layout keeps the operating pressure ratio xF small, the control valve selection decides whether the ratio xF < xFZ is met and a cavitation-free flow can be ensured.

The free cross-section is ring-shaped at low loads in a circular valve with a parabolic plug and the hydraulic radius is only a fraction of the marginal diameter DN.

It results in a large free jet region downstream of the constraint contributing to an intense impulse exchange with the surrounding medium and causing high pressure losses.

A special mention should be made here to control valves that can be fitted with anti-cavitation trims to minimize cavitation and multi-stage axial plugs.

Seat or plug trim specially designed to be mounted in current valves in situations where cavitation occurs. In a sequence of flow experiments and rigorous trials, the trim has been refined.

The plug is double guided in the body to prevent mechanical vibrations, and the plug contours have been designed for better flow characteristics.

In order to keep the hydraulic diameter as small as possible, the seat diameter was not reduced. This is especially effective in combination with the special shape of the plug and seat.

In addition, up to four damping plates can be built into the seat to maximize the XFZ reliability at heavy valve loads.