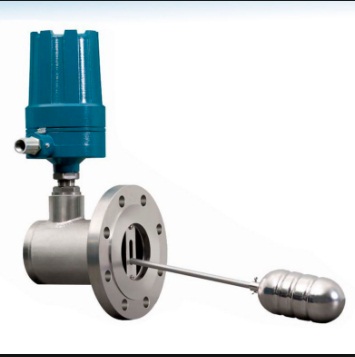 A wide variety of level switches available are available for use in measurement and control applications. The most common types are inductive, thermal, float, rotating paddle, and ultrasonic level switches. These switches are used to indicate high and low levels in process tanks, storage bins, or silos. They are also used to control valves or pumps in order to maintain fluid level at a set value or to prevent tanks from being overfilled.

In a thermal-based level switch, a heated thermal resistor (thermistor) is used to detect the surface of a liquid. The level measurement a thermistor torque and actuates a switch or set of switches. These switches can then be used to sound an alarm or to control the filling or emptying of the process tank or silo. provides is based on the difference in thermal conductivity of air and liquid. Because the thermistor reacts to heat dispersion, it can be used with water- or oil-based liquids. The thermistor has a negative temperature coefficient of resistance, which means that its resistance decreases as temperature rises. The internal temperature of any device depends upon the heat dispersion of its surrounding
environment. Since heat dispersion is greater in a liquid than in a gas or air, the resistance of a thermistor level probe will change sharply whenever  the probe enters or leaves a liquid. The operating range of a thermistor assures accurate and dependable operation in liquids up to 1000C.

Float switches are an inexpensive way to detect liquid level at a specific point. When you use float switches on process tanks, you must generally create a seal between the process and the switch. In most cases, magnetic coupling transfers the float motion to the switch or indicator mechanism. Figure  shows a typical magnetically activated level switch. In this
configuration, a reed switch is positioned inside a sealed and nonmagnetic guide tube at a point where rising or falling liquid level should activate the switch. The float, which contains an annular magnet, rises or falls with liquid level and is guided by the tube.

In the example in Figure, the switch is normally closed and will open when the float and magnet are at the same level as the reed switch. You can use the switch opening, for example, to sound an alarm or to stop a pump. The switch can also be designed to close when activated by the magnet.

The rotating paddle level switches shown in Figure  are used to detect the presence or absence of solids in a process tank. A low-power synchronous motor keeps the paddle in motion at very low speed when no solids
are present. Under such conditions, there is very low torque on the motor drive. When the level in the tank rises to the paddle, torque is applied to the motor drive and the paddle stops. The level instrument detects the torque and actuates a switch or set of switches. These switches can then be used to sound an alarm or to control the filling or emptying of the process tank or silo.

What is a solid level detector and what are its types?