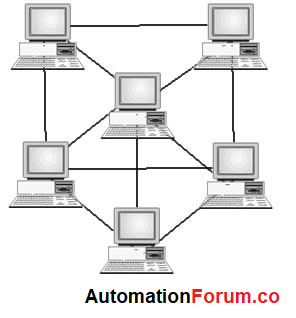 A network consists of two or more computers that are linked to share resources (such as printers and CD-ROMs), exchange files, or allow electronic communications. Computers in a network can be connected through cables, telephone lines, radio waves, satellites or infrared light beams.

According to this scheme, all computers are connected to one common cable. General cable is called the backbone.

The backbone network functions as a shared means of communication that the devices connect to an interface connector. A device that wants to communicate with another device on the network sends a broadcast message to the cable that all other devices see, but only the intended recipient actually accepts and processes the message.

Under this scheme, computers are connected to a common node. A star topology is designed with each node (file server, workstations and peripherals) connected directly to a hub or central network hub.

The information from one computer will be sent to the address server via a node. In this sense, the node (ie, based device) controls the entire network. Computers are usually connected to a UTP-cable (unshielded twisted pair cable). 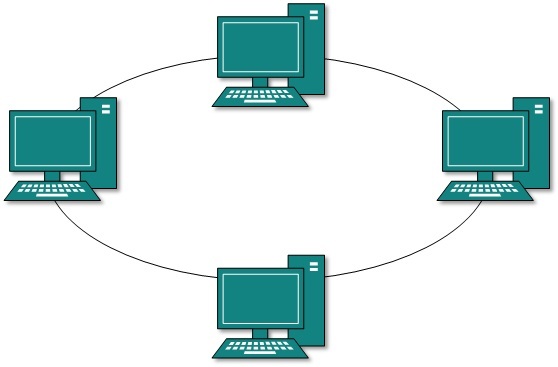 According to this scheme, each computer has two neighbours. Data from one computer will go through the “ring” until it reaches the computers they are addressing. This will allow all intermediate computers to be transmitted. Therefore, if the network is damaged in any part of the network, the network is entirely out of command.

According to this scheme, every computer is connected to each other by telephone. That’s why it’s called a mesh.

There are several possible routes for data transfer from one computer to another. First, the shortest available route is automatically selected. If the route is not available, choose another route. This is different from other topologies. If all computers and all cables are not damaged, then the information will be in the place where they are addressed.

This topology consists of a Star Circuit group linked to each other. Bus and Star topology hybrid (union). The base line connecting Star topologies is called trunk. Tree topology is more convenient than any single Bus and single Star schemes to further expand any network.

What is DeviceNet? Working, Topology