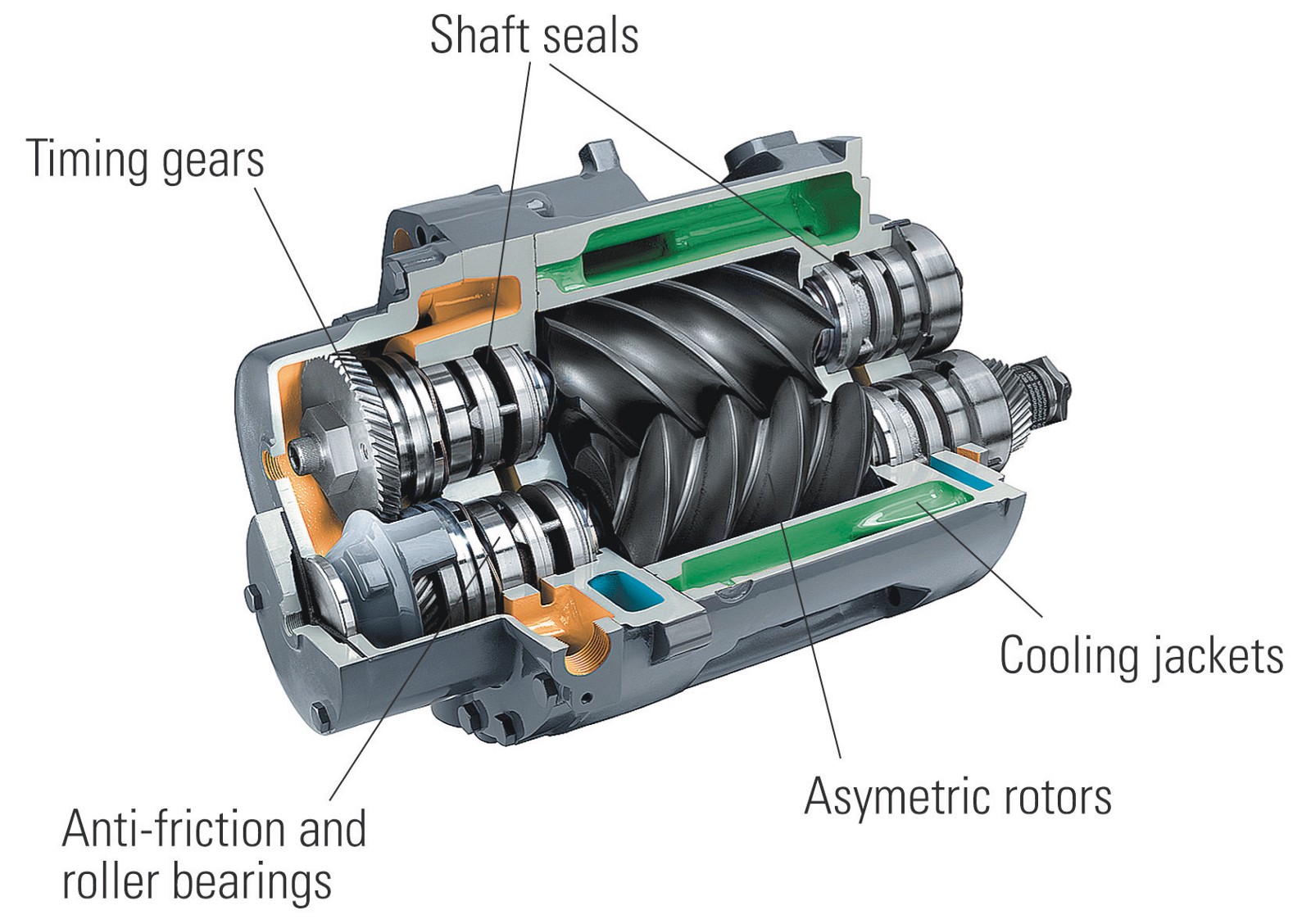 Compressed air delivery is regulated by control of the compressor drive. This is accomplished by varying the drive speed to regulate air output in response to load variations.

In the automatic cutoff governor, hydraulic pressure is supplied by the oil pump which is driven from the compressor shaft. Any variation in steam pressure, which changes the speed of the compressor, causes a change in oil pressure from the pump. This pressure change either raises or lowers the piston. The rack on the piston rotates the sprocket, which in turn rotates the cutoff valve rod to reset the cutoff and adjust the speed. Any change in receiver pressure also affects the hydraulic pressure. The pressure control valve, which senses receiver pressure, bypasses some of the oil flow to increase or decrease hydraulic pressure.

Automatic start-stop governors shown in the figure, are also used on steam-driven compressors. This governor has a
spring-loaded diaphragm, the underside of which is always open to receiver pressure. When receiver pressure becomes greater than the spring pressure above the diaphragm, the diaphragm is raised, unseating the needle valve. Air then flows to the chamber above the piston attached to the steam valve. Air pressure on this piston forces the steam valve to its seat, cutting off the flow of steam to the compressor. With a decrease in steam pressure, the valve operates in reverse to readmit steam to the cylinder.

Where air demand is intermittent, a start-stop control may be provided for the air compressor. This system consists basically of a pressure operated switch connected to the motor starter circuit. When air pressure rises to a preset level, the pressure switch contacts open, de-energizing the starter and shutting down the motor. When receiver pressure falls to another preset value, the pressure switch contacts close, starting the driving motor. There are several methods of obtaining variable speed control of electric motors.