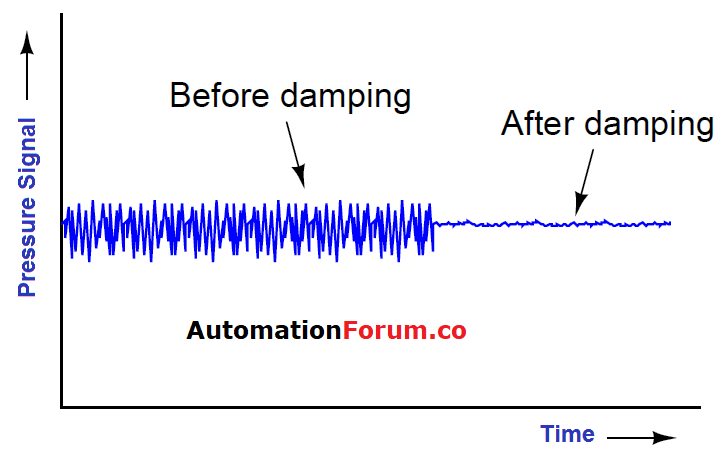 A concept called damping is of critical importance in a transmitter’s performance. The output of the transmitter must be updated and changed accordingly as the input variable modifications.

Damping is the amount of time required to reach 63.2 percent of the transmitter’s final value after a step change has been applied to the input, in addition to the update time.

The damping of transmitters can be adjusted from 1 to 32 seconds. Damping reduces the impacts of electrical noise and any other insignificant transient noise which may affect the output signal of the transmitter. It is often used to stabilize control loop and avoid false trips.

Damping may not be required in processes that are slow and have lag time, such as temperature control loops, in the absence of electrical or transient noise. In rapidly changing process conditions, damping should be minimized

PLC vs. DCS, Difference between PLC and DCS