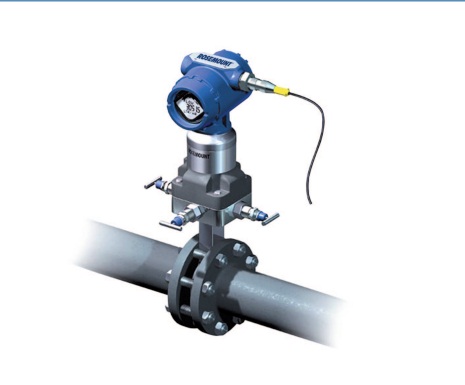 One solution to problems of impulse line-blockage, gas bubbles in liquid lines and liquids in gas lines is to maintain a
continuous purge flow through the lines. Impulse lines can be purged with a dry gas to keep liquids or vapours out, and
with a non-freezing liquid to keep the process fluid out. It is important to purge through equal lengths of the two lines and to equalise the two purging flowrates. Figure below shows a typical installation with continuous impulse-line purging.

However, there are disadvantages in terms of requirements for additional hardware and piping and the
need for strict control of the purge flow. It will be necessary to ensure that the friction pressure drop due to the
the purge flow is negligible, and this may mean selecting a larger internal diameter of the impulse line.
The continuous purge of liquids has been recommended as a method to avoid the undesired effects of steam pumping
bubbles in liquid lines in pressure measurement in two-phase flows, especially in research applications

Recently some manufacturers have developed transducer mounting arrangements so that the differential-pressure
transducer is mounted directly on to the meter pipe. This removes the need for impulse lines in the conventional sense,
although there is still a length of tapping at least between the pipe and the differential-pressure transducer. This
arrangement has significant benefits in that it greatly simplifies the piping and, most importantly, reduces the number
of joints, and thus the number of leak paths at threaded connections and compression fittings. It reduces the need for
insulation or trace heating and errors due to different densities of fluid in the different lines; it also minimizes problems
with liquid drop-out or gas break-out in the impulse lines where the ambient temperature is very different from the line
temperature. If short impulse lines are required because of pulsations, close coupling gives the shortest available lines.

Close coupling also gives a good speed of response. However, it means that the transmitters have to be located in small
enclosures beside the meter rather than in large cabins further away. This may make it more difficult to calibrate the
transmitter in situ and may be less attractive to the operator. The small enclosures may provide shelter but not temperature control; however, modern transmitters are less sensitive to changes of temperature than earlier models. The use of impulse lines may be essential when the line temperature is too high or too low for the pressure transducer, or when ambient conditions mean that the transmitters are better housed in an instrument room with a controlled environment

What are the types of valves used in process control?