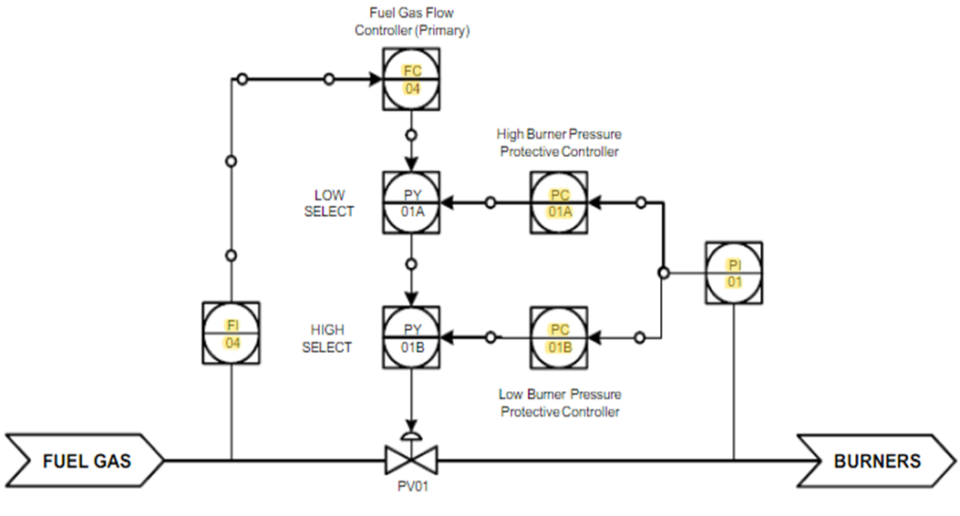 What is override control?

There could be several dangerous situations in an industrial process plant, because of the unpredictable process conditions which could destruct the operations of the process. During this condition, the normal process must be stopped and maintenance must be started to change the unacceptable situation. In order to do this, we can use a single-purpose switch that would take instructions from a certain controller to vary the final control element in a way that the dangerous situations can be changed. In this type of control, there could be two or more loops and one of the controllers would control the output so that the more important loop can vary or manipulate the output.

What is the need for an override control?

This is a protective control strategy to maintain the process variables within the limits and it should be enforced to ensure the safety of the process, equipment, personnel, and also the quality of the product. In many processes, there could be several manipulative variables and also many output variables. Override control is a type of selective control where the manipulative variable would be controlled by one output at a time.

How does an override control work?

During abnormal conditions, the override control would regulate a process input to maintain one process output. The target output would be controlled without violating the constraint of the other output. In order to carry out the override control, two controllers and a control selector are required. The control selector could be a high or low-level selector. In case there is any variation in the process variable, like if there is a decrease or increase of the process variable beyond a specified limit then these controllers would act according to it. In this type of control, the normal control loop will be overridden by another loop in case of a contingency situation.

What is a high and low selector?

In case of any abnormal process conditions, we must control the process by preventing the process variable from exceeding an allowable upper or lower limit value.

HSS – HSS stands for high selector switch so it would be operated whenever the process variable exceeds an upper limit.

LSS – LSS stands for lower selector switch and it would prevent a process variable from exceeding a lower limit.

Some examples of Override control?

So if the liquid level is reduced beyond a certain limit then the low selector does switch the control action from the pressure controller to the level controller and then closes the valve on the discharge line.

The below image is an example of override control, in this override control is used to do the fuel gas controls on a fired heater or a boiler. The fuel gas flow would be set by a primary controller and this would control the firing demand for the heater. High burner pressure protective controller is used to prevent the over-firing or flame lift-off. There is a low burner pressure protective controller which would prevent the loss of flame because of low fuel pressure or maintain a minimum firing limit.

What is uniform override action?

In case all of the override controllers in an override system requires to perform the same action on a final control element when they are required to act. Then there is only one selector block is required this is called a uniform override action. The input priority is determined by the output values of the controller and this could be a function of gain and error for each of the controllers. The below image is an example for the uniform override control so in this image there is a level control valve and its opening would be limited according to the downstream flow and also the pressure constraints. Both the controllers PC01 (pressure control) and FC01 (flow control) would act if their constraints are violated. Both of these controllers would move to limit the opening or closing of the valve in case it’s beyond a certain point. Both of these controllers can be connected to the same low override selector block. It doesn’t matter if the pressure controller has a higher priority than the flow controller with respect to the downstream unit.

What is mixed override action?

What are the major applications of override control?

What is Ratio control and how it is used in industries?