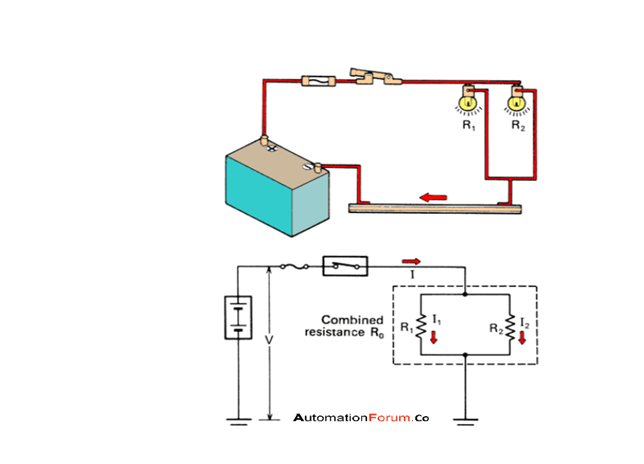 A series circuit is a simple circuit in which the components are connected in tandem. The conductors, protection devices loads, and power sources are connected with only one path to ground for current flow. All loads of the circuit carries same and equal current and the total resistance will be the sum of resistance around the circuit. The resistance of each device will be different and the amount of current flow will be the same for each device. But the voltage across the device would be different

In this circuit, the components and load are arranged in a manner that the current divides between them. If one branch is broken it won’t interrupt the current flow it will flow to the other branch

Characteristics of the parallel circuit

Which is better parallel or series circuit

so the parallel connection is better

What is a stepper motor?