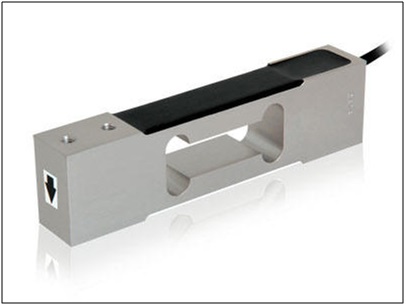 LOAD CELL is an electromechanical sensor which functions to measure the amount of static and dynamic forces acting on it Load cell consists of an elastic material that will deform according to the force it receives, the magnitude of this deformation is proportional to the magnitude of .

Some types of load cells can be expressed here:

This type is suitable for measuring forces with a relatively small range.

This type is widely used, generally for loads up to 10 kg. The bending moment that occurs in the stem due to the force causes stress to occur near the stem mooring.

By placing the strain gauge as above, R1 and R3 will get a strain pull while R2 and R4 are under pressure