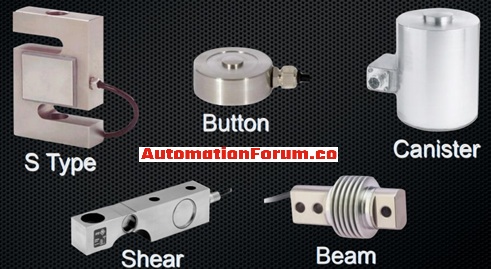 How to do the visual inspection of the load cell?

What are the failures that could happen in a load cell and how to solve them?

Most load cells are designed to operate in a specified temperature range. The load cell could operate without any problems beyond these limits, but the calibration data which is in the load cell would only be valid if the load cell operates in its temperature range. The load cell must be kept away from moisture because moisture could cause a lot of problems like no output overload indications, or continuous drift can also happen. Moisture can get inside the load cell through cut cables or through pressure, so while using a load cell we should check if it is damaged in any way. If the load cells are exposed to chemicals then the chances of corrosion will be high and this corrosion could reach the strain gauge. So in order to prevent this, a stainless steel load cell can be used to prevent corroding.

Other similar problems that could happen in a load cell

Readings of the load cell are unstable

In case of this check if the readout box is properly positioned, also check if the data logger’s swept-frequency excitation settings are correct or not. Also, we need to check if the readout or the data-logger works with another load cell or not and if it is not connected then there could be some problem with the readout like low battery or something similar to that. This problem could also happen in case if there is any electrical noise close to it. We should check if the shield drain wire is connected to the ground or not.

In case of this problem check if all the connections and terminals are proper, also check for any cut in the cable.

Resistance of the thermistor is very low

In case of this problem, we should check for any short circuits and also check the connections, plugs, and terminals. It could also happen in case if the water has entered the load cell.

Failure of the load cell gauge to read

This problem could happen if the cable is cut or crushed and in order to determine this, we can use an ohmmeter to check the resistance between the two gauge leads and the resistance will be very high in case of any cut wire.

The movement of the load cell is restricted

Electrical damage to the load cell

This type of damage can occur because of lightning strikes and it could also happen if welding is done to the structure in which the load cell is attached. So in order to prevent this, we can use surge suppression devices

Reading is not stable in the load cell

This problem could arise if the power supply is not good if the voltage level is lower than eleven volt DC then fluctuations could occur in the readings.

The capacity of the supply system should be checked too, the scale indicators would draw a good amount of power at twelve volt DC according to the applications.

The unstable reading of the load cell can also happen because of the poor load cell connections. So make sure the physical conditions of the connectors, sockets, and pins are in good condition. Make sure the cable doesn’t have any cut. In order to determine the internal breaking in the cable flex the cable thoroughly and while doing this watch the display for any sudden reactions.

How to do the load cell testing?

We should use high-quality calibrated digital volt and ohmmeter and it should have good measuring accuracy. So it can be used to measure the zero resistance and also the integrity of the bridge circuit.

A megohmmeter is really capable to do the measurement of five thousand megaohms with good accuracy and this is required to do the testing of the insulation. We should be careful while selecting a megohmmeter, we should not use a megohmmeter that supplies more than fifty volts to the load cell.

This is the output of the load cell in case of a no-load situation, there will be variations in the zero balance if the load cell has been mechanically overloaded. The zero balance test can be done to determine if the load cell has been physically varied due to the mechanical overload. Physical distortion can also happen because of shock load or also because of metal fatigue. So before the beginning of the test, the load cell must not have any load, which means that the cell must be removed from the scale and the dead load must be counterbalanced. So the load cell is not connected to the cell, now we can check the signal leads so we need to disconnect the signal leads and also should measure the voltage across the negative and positive signal leads. In order to determine the positive and negative signal leads, we can check the calibration certificate to get the color code. So while doing the measurement the output must be similar to or close to the manufacturer’s specification. While testing we should make sure that the leads must be connected with the digital weight indicator which would provide the excitation voltage to the leads.

By using an ohmmeter we can do this test, so before starting this test the load cell must be disconnected from the digital weight indicator. The ohmmeter can be placed between the positive and negative excitation leads for the measurement of the input resistance. The measurement which is done should have a similar value to the value which is stated in the load cell calibration datasheet.

What is a load cell?