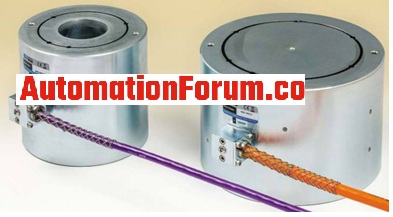 How to select a load cell?

How does a load cell work?

The sensor (strain gauge) in this device would work if there is any compression, so if there is any variation in the length of the wire then there would be a change in frequency. The load cell would only work if there is any change in the strain gauge resistance and this change can be measured with the help of a wheat-stone bridge. So a load cell would do the measurement of the force according to the strain that it receives. There could be a problem where the load is not uniformly distributed because of the eccentric loading, a multi-wire system is used to solve this problem by averaging the load in different wires. Each of the wires would perform as a separate sensor for the measurement of the load at that portion and the average value will be taken to get the actual load.

What are the types of load cells?

Load cells are classified according to their operation

This kind of load cell can be used to measure the level of any storage vessel. So in this load cell if the pressure is applied then its length would change and because of this the conductor resistance would change and we have discussed it earlier. This device will be connected to the wheat-stone bridge and because of this a small change in the resistance will be converted into an electrical signal.

This device is composed of a vibrating wire transducer and it would be fixed in a metallic cylinder and it can be used to check the tensile loads in batch systems and also in process weighing systems. So if we apply load in this load cell then the tension of the internal vibrating wire would increase, and due to this the frequency of the wire would change and this change in frequency will be proportional to the applied weight and it can be measured.

This type of load cell operates by using the force balance principle. The sensing element of this load cell will be introduced to the place where the liquid weight or the pressure is to be measured. In this load cell the force transferring medium would be air, so when the fluid applies force on the sensing part of the load cell then it would transfer this force to the inside air and this force will be transferred to the potentiometer and it is in contact with the Wheatstone bridge. So due to the force that acts on the potentiometer, its resistance would vary and this variation will be proportional to the force.

In this type of load cell, there will be a piezoelectric crystal and this would convert the force into an electrical signal and this conversion will be according to the weight or pressure. Initially, the applied force would be affected by the diaphragm and the diaphragm would sense the force and transfer it to the fluid and the fluid will transfer this force to the piezoelectric crystal.

Disadvantages of the hydraulic load cell

This load cell is suitable to measure the weight or the level, in this load cell, a shear of elastic material is used. It consists of a web and a frame and the web is attached to the frame. This material will be placed in a storage tank and the liquid in the tank would pressurize this elastic material and this stress level will be according to the fluid column load. So by measuring the stress the level or weight of the fluid column can be measured.

What are the applications of load cells?

What are the advantages of load cells?

What are the disadvantages of load cells?

How to do the troubleshooting and testing of a load cell?