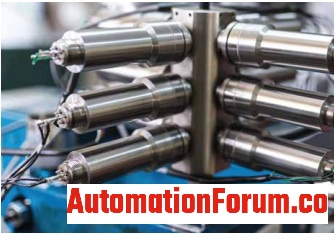 The piezometer can be used to measure the pressure of the static fluid, this device can measure the pressure of liquids in a container. This device is also called a pore pressure meter because it is mostly used to measure the pore water pressure in the soils, rock fills, and concrete structures. The piezometers are placed in boreholes so that the depth of the groundwater can be measured. A piezometer consists of a tube or pipe and it needs to be sealed along its entire length and this tube must be open to the water flow at the bottom and at the top, it must be open to the atmosphere. This device is commonly used in special wells and it is also drilled into the soil so that the condition close to the surface can be explored. We can use the piezometer to determine the effective stress and because we can determine the rock mass strength.

What is the need for a piezometer?

The pressure that is experienced by water contained in pores of earth materials, concrete structure, or rock is mostly called pore water pressure. This type of pressure measurement is inevitable in tall buildings, dams, underground tunnels, etc. So with the help of a piezometer, we can do this type of measurement we can use the piezometer to determine the level of the flow pattern of groundwater. The load-bearing capacity of the soil or rock can be determined by the piezometer. The flow pattern of the water in earth, rock, and concrete can be determined by using a piezometer.

The piezometer consists of a porous stone or a perforated pipe with a plastic standpipe attached to it. Mostly the open standpipe piezometer or Casagrande is the most used piezometers. The pipe would be installed in a borehole and the porous section is placed in a way that the porous measurement can be done. The annulus between the porous filter and the bare-hole would have sand in it and it would be sealed from both sides. The groundwater pressure pushes the water into the standpipe, till the water level in the standpipe is the same as the piezometric level in the ground at the elevation of the porous filter.

What are the types of piezometers and how does it work?

The electric piezometer is composed of a deflecting diaphragm and a porous filter divided by a small reservoir of water. The diaphragm deflection is calculated by using a vibrating wire or a strain gauge and after this, the results are converted into equivalent pressure.

This type of piezometers has a porous filter that has a reservoir of water and it would be separated from the pressure gauge with the help of resilient and also with the water-filled tubes. These tubes would circulate water through the system to remove the air and to make sure that the reservoir would remain filled with water. The piezometer would measure the overall hydraulic pressure from which the pore pressure can be calculated.

This type of piezometer has a stainless steel diaphragm, it also has a magnetic high tensile strength stretched wire, one end of it is anchored and the other end is fixed to a diaphragm. So if pressure is applied then it will deflect according to it. So if there is any change in pressure the diaphragm would deflect and this would affect the tension of the stretched wire. So if there is any change in pressure it would directly affect the tension in the wire.  The thermistor is used to do the temperature reading, glass to metal seal with four terminals for cable connection.

What are the advantages of piezometer?

What are the disadvantages of a piezometer?

What are the applications of piezometers?

What is a barometer and what is it used for?

What is a diaphragm pressure gauge?

What is a diaphragm pressure gauge?