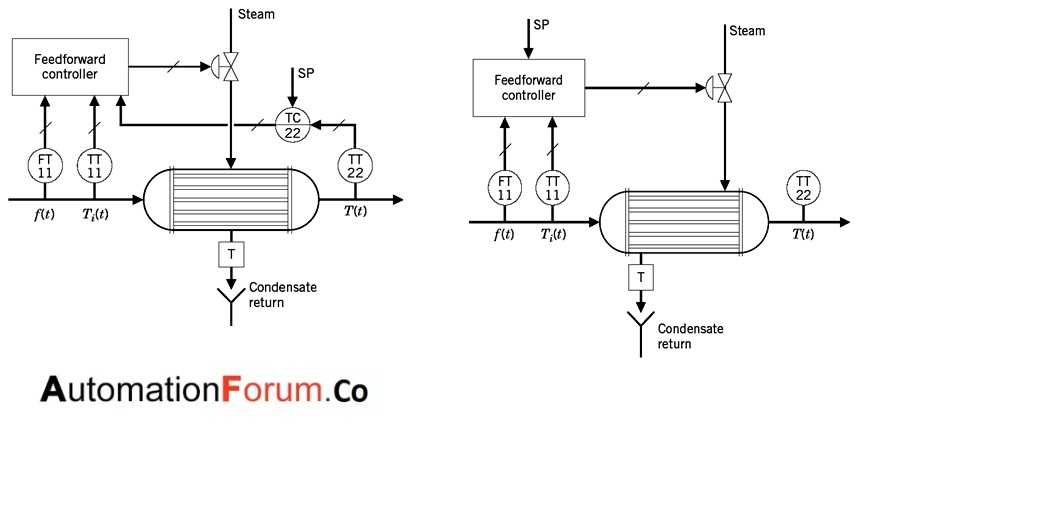 There are so many control loops in the industries nowadays.In this session we are going to discuss about difference between feedback and feedforward controls loops

A feedback control loop is reactive in nature and represents a response to the effect of a load change or disorder. A forward control loop, on the other hand, responds directly to load changes and, therefore, provides improved control.
In the feedforward control, a sensor is used to detect changes in the process load or disturbances as they enter the system. The figure shows a block diagram of a typical control cycle.

The sensors measure the values of the load variables and a computer calculates the correct control signal for the existing load conditions and the process setpoint. The Feedforward control presents some important problems. Its configuration assumes that the disturbances are known in advance, that they will have sensors associated with them and that there will be no significant disturbances not detected. Therefore, feedforward control is more complicated and more expensive, and requires that the operator have a better understanding of the process than a standard feedback loop. Therefore, the anticipatory control is generally reserved for critical and well understood applications.

In a feedback control loop, the variable to be manipulated is measured. This measured process value (PV) is then compared to an established point (SP) to generate an error signal (e = PV – SP). If there is a difference or error between the actual value and the desired value of the process, a process controller will take the necessary corrective action to return the process to the desired value. The figure shows a block diagram of a simple feedback control loop.

Comparison between PLC, DCS, and SCADA