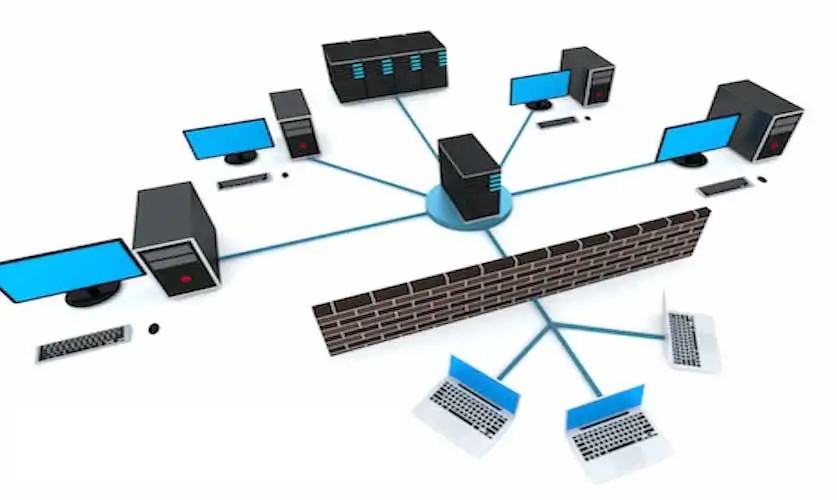 The communication network is important in process industries to connect different instruments to acquire data from them and to control them. The instruments are connected in different topologies and the connection are made through different network devices, which are main components of a network system. They are:

Communicating signal can be distorted on long distant propagation. To avoid this, repeaters are used.

Repeaters regenerate signal over the same network before the signal gets weaken.

he repeater passes the digital signal in both directions between the two segments. As the signal passes through a repeater, it is amplified and regenerated at the other end.

A repeater connects different segments, forwards every frame it receives and It can be used to create a single extended LAN.

A repeater is a regenerator, not an amplifier

Generic connection device used to tie several networking cables together to create a link between different stations on a network, also refers to a multiport repeater.

Topology refers to the physical layout of network cable and devices.

There are two types of Hubs active and passive. Active regenerate a signal before forwarding it to all the ports of the device and requires a power supply. Small workgroup concentrators usually use an external power adapter, but in larger units, the power supply is integrated.

Passive hubs, which today are seen only on older networks, do not need power and they don’t regenerate the data signal.

The device that can be used to interconnect two separate LANs is known as a bridge. The bridge operates in layer 2, that is a data-link layer and that is why it is called level-2 relay with reference to the OSI model. Reduce network traffic by keeping local traffic on the local segment.

A bridge must contain addressing and routing capability. Two routing algorithms have been proposed for a bridged LAN environment. The first, produced as an extension of IEEE 802.1 and applicable to all IEEE 802 LANs, is known as a transparent bridge.

And the other, developed for the IEEE 802.5 token rings, is based on source routing approach. It applies to many types of LAN including token ring, token bus and CSMA/CD bus.

A network switch is much like hub, but much efficient. Operate at the Data Link layer of the OSI model. A switch increase network performance by reducing the number of frames transmitted to the rest of the network.

Switches control the signal transfer, it receives data from the instrument and transfers to the destination, thus from preventing information to broadcast to every computer. Switches increase available network bandwidth.

The router is switch-like device that routes data pack to a corresponding IP address. Routers provide filtering and network traffic control on LANs and WANs.

The term gateway is applied to any device, system, or software application that can perform the function of translating data from one format to another. The application level gateways can look into the content application layer packets such as email before forwarding it to the other side.

A gateway is also called as a protocol converter. Basically, they work as messaging agents that take data from one system, interpret it and transfer it to another system. Gateways are usually more complex than the switch or the router.