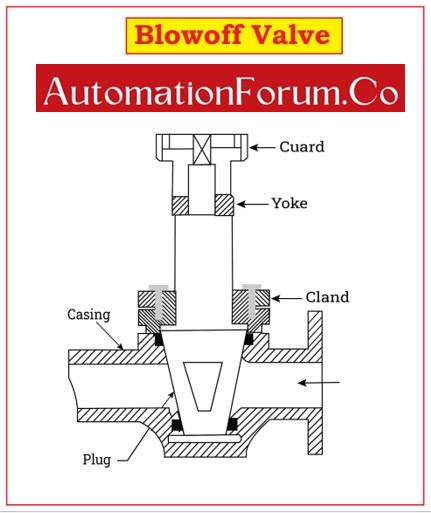 What is a Blow-Off valve?

Difference between Blowdown and Blowoff valves:

What is the blowdown? How is it done?

Blowdown is the wasting of water from a boiler to avoid the concentration of impurities during the steam evaporation stage.

The water from the boiler is blown out with some force by steam pressure within the boiler.

Application of Blow Off valves:

What is a pressure relief valve?