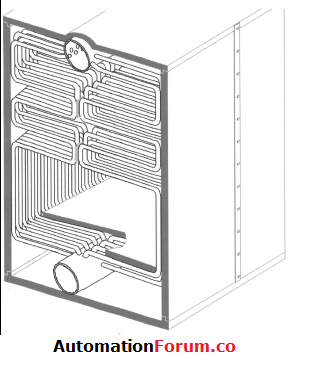 The superheater is one component in the boiler that serves to further heat the steam to produce steam that meets the requirements for turning turbines.

The superheater is a collection of boiler pipes located in the flow of hot gas from combustion. The heat from this gas is transferred to Saturated Steam in the superheater pipe, so it turns into superheated steam

Steam from the secondary superheater which becomes superheated steam. SH steam will flow to rotate High-Pressure Turbine and then the pressure and temperature will drop.

The superheater component consists of:

Is the space used for the fuel combustion process to heat steam.

Is a steam pipe in the form of a circular squirrel

Is a tool to find out process parameters such as temperature and pressure of combustion, the temperature of steam in and out whether it is desired or not.

Since steam can only be superheated when there is no water left around to evaporate, any superheated steam boiler takes steam at the boiler outlet to superheat.

The steam flows through a connecting pipe to a header where it’s distributed through a number of parallel tubes exposed to the furnace (radiant superheater) or flue gases after they pass through the screen tubes.

What are the functions of HART communicator? How to use it for Zero trim & D/A trim?

What is an RVDT and how does it work

What are hydronic boilers or Hot water boilers?

WHAT IS ADAPTIVE CONTROL?