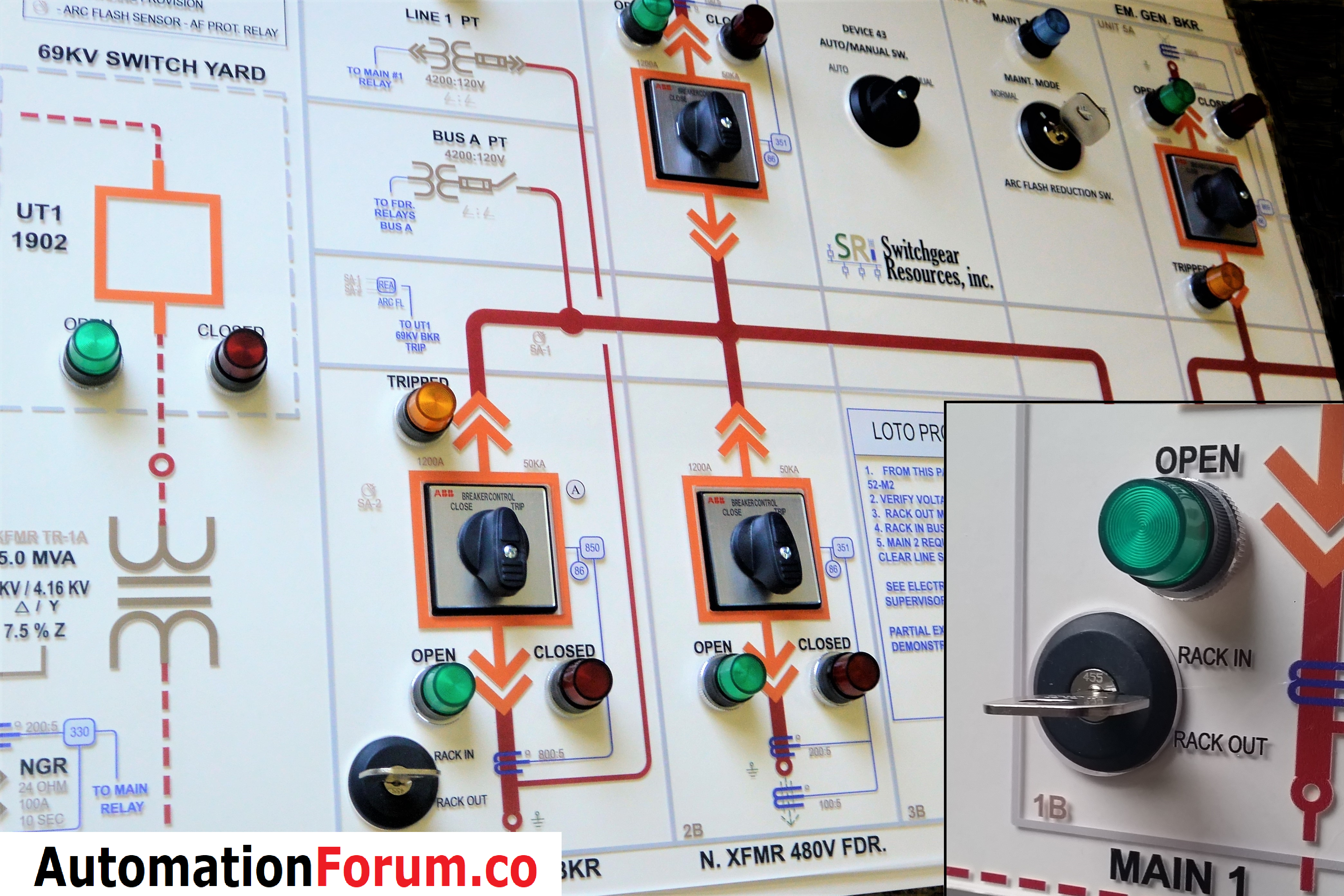 A mimic panel shall be provided integral to the Fire & Alarm Control Panel (FACP) for continuous monitoring of the Fire & Alarm System (FAS). The mimic shall contain a simplified layout of the buildings, which are to be monitored.

The indications on the mimic panel shall be driven through hard wired signals from the FAS. The detector types are indicated by means of LED’s.

The installation of the LEDs are such that they protrude at least 3 mm above the surface of the panel so that an alarm can be easily recognized from different perspectives.

A typical example for Mimic panel is shown below:

How to study a panel?

The flow charts are pictorially displayed on the front panel of the Control Desk in mimic display or mimic boards. They are generally printed on polyester or polycarbonate sheets nowadays and are supplied for protection with acrylic front covers.

The MIMIC PANELS also uses super bright LEDs with a viewing range of 100 meters to mount equipment on the MIMIC display.

Printed Mimic Panels: Most mimic boards use 10 mil polycarbonate that can be reverse printed with symbols in custom colors and sizes to fit all apps.

Engraved Mimic Panels: A mimic bus has been cut out of plastic inventory in the past and screwed onto the board. Weatherproof adhesives can now be used to anchor plastic mimic buses, eliminating the need for mounting holes to be drilled.

What is Fire Alarm control panel? What is Sub Fire Alarm Control Panel?

What is a feedback control system and what are its types?