The differences between circuit breakers and fuses.

Both residential and industrial electronics circuits systems require some form of protection to
prevent catastrophic failure circuit damage or loss of life due to excessive current brought on by a short circuit overload device failure or other unforeseen elements.

The two most common forms of circuit protection are fuses and circuit breakers.

Fuses are made up with a filament enclosed in a glass porcelain or ceramic case. This filament
normally completes the circuit.In the  event of an  overload or short the metallic filament melts and opens the circuit. 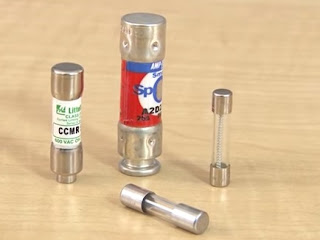 Circuit breakers use a set of contacts to complete the circuit.The switching mechanism has a metallic lever that can be actuated by a solenoid for a bimetallic plate.with magnetic circuit breakers the
short-circuit current charges the solenoid attracting the metal lever that trips the device.Thermal circuit breakers often found in residential use.A  bimetallic strip that expands when
heat is applied.Once, enough heat has been generated due to an overload the unit will trip. 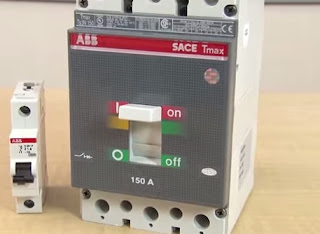 Residential and industrial markets may also use thermal magnetic circuit breakers which is a combination of the two.Use this tend to be less expensive than circuit breakers and are also considered safer due to their current corruption capacity rating.
One disadvantage of fuses is that they need to be replaced once they are blown.
Circuit breakers are resettable and do not need to be replaced after actuation.Although they are more
expensive than fuses circuit breakers reduce maintenance cost.They can also serve as a primary
disconnector of an active power to an industrial panel or circuit.Disadvantages of a circuit breaker is let through current may be higher compared to a fuse.
Related post:
Basic electrical laws
Basics of electrical engineering
Ingression Protection – Classification
Meters used in MCC panel
previous post

What is a relay ? Internal architecture of a relay