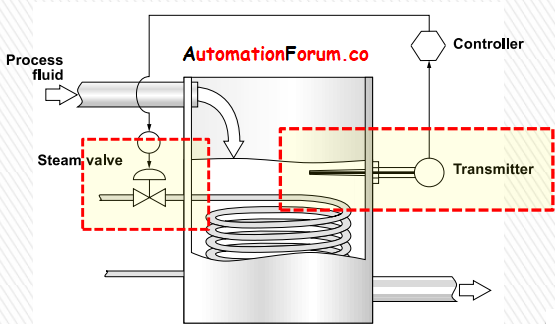 What is an industrial process?

The major objective of an industrial plant is to create high-quality products. These products would be sold at a good price too, in order to sell these products at a good price it should have good quality. Several raw materials would be utilized to create a product and this operation is called a process. If the process is carried out in a good manner, then the quality of the end products would be really good. In order to control the industrial process, we would require a good control system.

What is a control system?

A Control system would be capable to control the industrial process, it can maintain the required condition in a physical system by adjusting several variables in a system. We can define the system as the combination of several devices and all these devices would act in an equal manner to achieve the requirements. In a control system, there would be a lot of components interconnected as a system and it would provide the required response.

What is the importance of the control system In industrial process?

•          Control system is an integral part of many manufacturing industries

What Is a feedback control?

The below image is an example of the feedback control, transmitter would measure the fluid temperature, and based on that it would open the hot steam valve to maintain the fluid temperature. This type of control would correct the problem after it has occurred, we can use feedback control to do the manual and automatic control. In this type of control, it would sense, compare, compute, and correct the process variable.

What are the advantages of feedback control?

What are the disadvantages of the feedback control?

What is Feedforward control?

We can describe a feedforward control as a control that takes place before it is affected by the disturbance. This type of control would anticipate the disturbance in the process variable and would take proper actions before it affects the process variable. The image which is shown below is an example of the feedforward control. In this, the flow transmitter would open or closes the hot steam valve according to the amount of cold fluid that passes through the flow sensor.

What are the advantages of feedforward control?

What are the disadvantages the feedforward control?

What is feedforward plus feedback control?

In order to avoid the difficulty of anticipating the load disturbance in a feedforward system, feed back system can be used with it. So in this type of control system the combined input from the feedforward and feedback system would be given to the controller.

The below image is an example of feedforward plus feedback control. In this, the flow transmitter and the temperature transmitter would provide the details to control the hot steam valve.

What is a servo valve?

Different components of a control loop