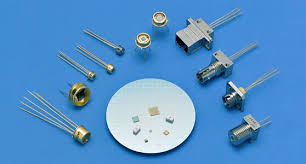 What is photovoltaic detectors?

The photodetectors generate a voltage that is proportional to the incident EM radiation intensity. These devices are called photovoltaic cells due to their voltage generating characteristics.

Operating principles of the photovoltaic cell are best described by the figure shown below:

The cell is actually a giant diode that is built using a junction between suitably doped semiconductors. The photons that hit the cell pass through the thin upper layer doped with p and are absorbed by the electrons in layer n, which causes the formation of conduction electrons and holes.

The potential of the junction exhaustion zone then separates these electrons and conduction holes, which causes a potential difference to develop across the junction. The upper terminal is positive, and the lower negative. It is also possible to build a cell with a thin layer and nopop on top so that all polarities are opposite.

a family of IV curves is shown for a photosensitive diode as a function of light intensity on the junction will note that when the junction is illuminated, a voltage is generated across the diode, as shown by the IV curve crossing the zero current with a nonzero voltage. This is the photovoltaic voltage

if the frequency is too small, the individual photons will have insufficient energy to create an electron-hole pair, and no voltage will be produced. There is also an upper limit to the frequency because of optical effects such as radiation penetration through the cell.

What is Voltmeter and explain its features