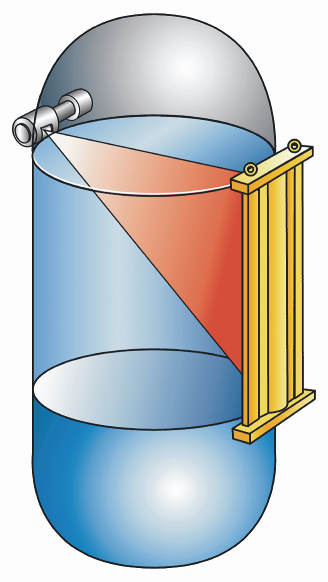 These “sources” may be locked out for testing and maintenance by moving a lever that hinges a lead shutter over the “window” of the box. This lead shutter acts as an on/off switch for the radioactive source. Geiger Counter or Geiger Tube is an instrument for detecting the presence of and measuring ionizing radiation such as alpha particles, beta particles, and gamma rays.

Device for detection of ionizing radiation by measuring the electric current generated when radiation ionizes the gas in the chamber and therefore makes it electrically conductive. 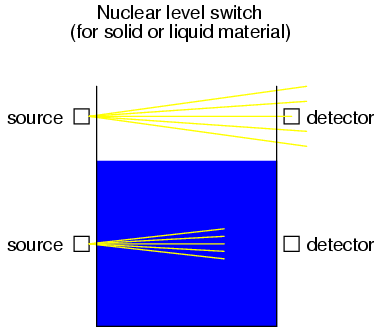 Point level detection uses a focused beam of radiation directed at a small detector, that senses the presence or absence of the beam. When the beam is blocked by the process, the detector sees the radiation from the source. Point level detectors can be set as either high or low alarms.

The Geiger Muller counter is used as the detector, the counter count individual particles at rates up to about 10,000 per second and is used widely in medicine and in prospecting for radioactive ores.