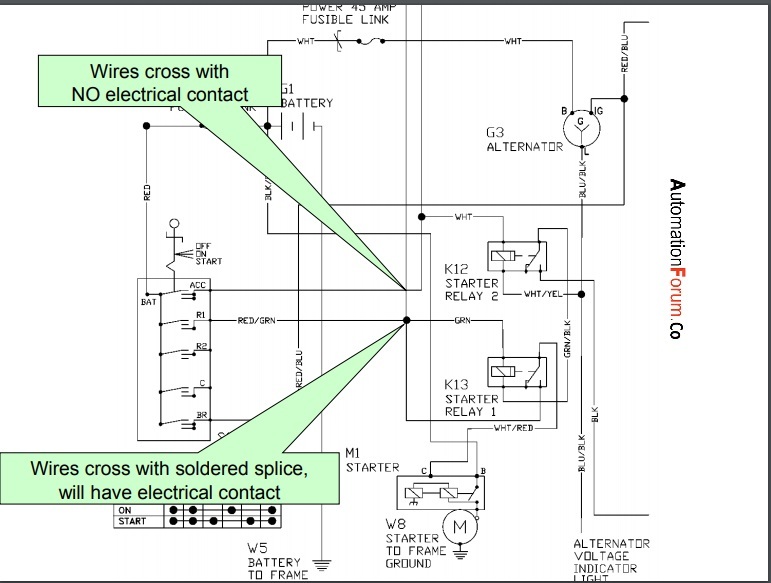 Another important point that must be known that there won’t be any voltage and current in an open circuit. The color of the ground will be green, if we see orange color in the electrical diagram it means that the device or the wire that is in orange color would only have power if it is switched on. In an electrical diagram, we can see a yellow-colored connection, and the yellow color is used for the connections that would be grounded only if it is switched on. In certain case, we can see a dotted line in the electrical diagram which means that it has more connections than what we see in the image or diagram and this dotted line boxes is the control device. We can also see the solid line boxes or boxes which are not dotted and they are also control devices but its connection or pin is fully shown in the diagram