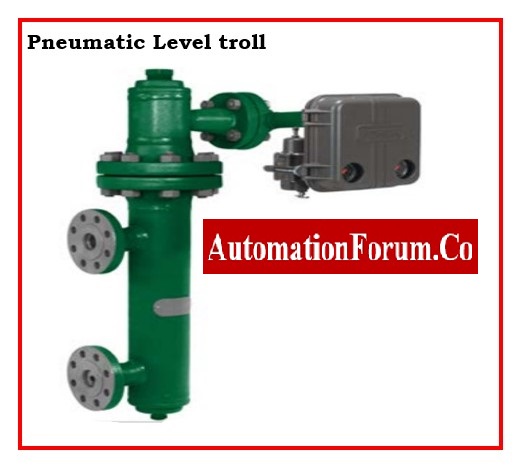 Displacer level instruments use the Archimedes Principle to measure the level of a liquid by measuring the weight of a rod that is immersed in the process liquid. As liquid level rises, the displacer rod experiences a greater buoyant force, appearing lighter to the sensing instrument, which interprets the loss of weight as a rise in level and transmits a proportional output signal.

Name the various parts of a pneumatic Level troll:

Parts of the pneumatic Level Troll are shown with the diagram below:

What is a ‘controller’? Area of application?

What is Hybrid level measurement system?