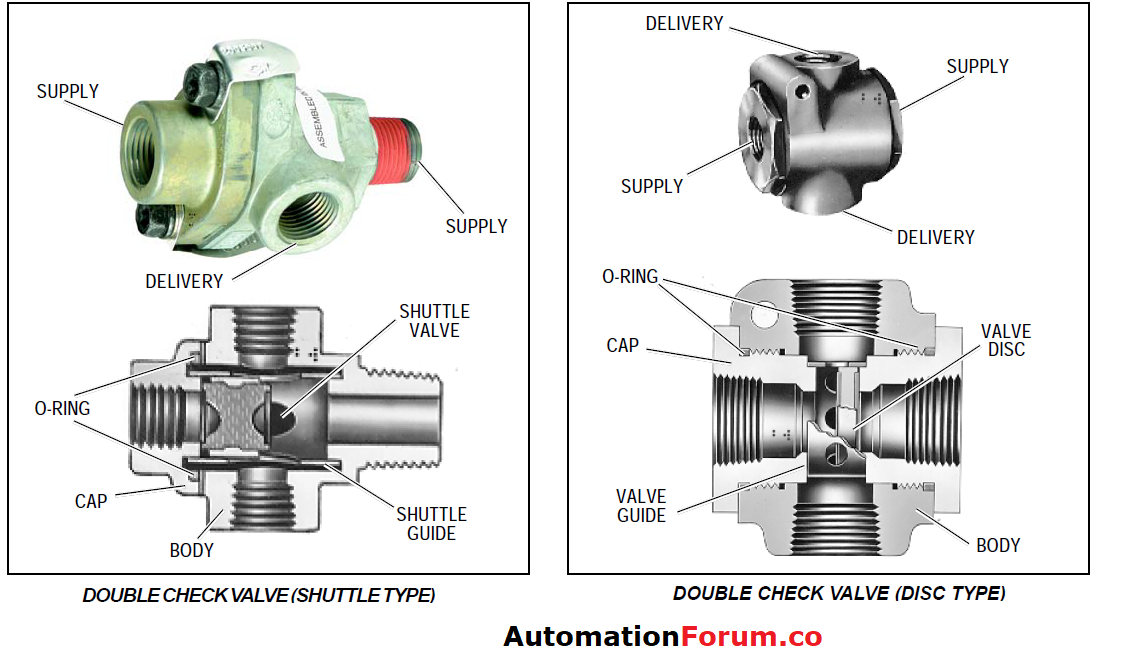 What is double-check valve?

Double-check valves are used to direct air flows from either of two sources into a common line, depending on the higher pressure.

They can be used to direct air flow for specific functions or to select as a source of supply the higher pressure of either of two air sources.

When air under pressure reaches either end of the double check valve (inlet port), the moving shuttle or disc responds to the pressure and seals the opposite port if it is greater than the other.

The air flow continues through the double test valve’s distribution port. If the stress rates are reversed, the shuttle or disk position will reverse. Double-check valves are designed so that the air in the exhaust mode will never be impeded by the shuttle or disk.

Shuttle valve referred to as Double check valve is a pneumatic OR valve. The valve is made up of a valve body and a synthetic ball or cuboid valve element that moves inside the valve boom.

What is safety valve?