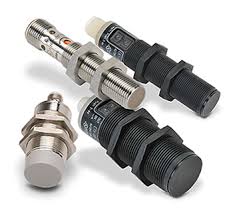 A capacitor sensor works under the principle of capacitance. The capacitance sensor is one of the more recent developments in sensor and transducer technology. Its function depends on the characteristics and behaviour of the variable capacitor.

The different application of Capacitor sensors are listed below:

Proximity sensing means sensing a nearby object. It is common to use the capacitive sensor for proximity sensing considering, 1. how large or small the target material is, and 2. the material’s conductivity.

The size of the target determines the ability of the sensor to sense the target. The material to be detected should be conductive so that becomes one of the two plates of the sensor’s capacitor, as shown below:

The term gaging refers to the use of certain instruments (usually mechanical or electromechanical in their operation) for the purpose of making quantitative measurements. This is the measurement of surface features made on relatively flat surfaces.

A probe is placed on the material’s surface to determine the degree of roughness of a metal’s machined surface. The mean surface is indicated to emphasize the surface’s variations. To obtain a degree of roughness comparison, a comparison is then made between the capacitance generated by this surface and by that of a perfectly flat surface. In another application, the capacitance probe is used to measure depth or depression features in a material’s surface.

Two parallel metal bars or plates that represent the plates of a capacitor. These have been submerged in a tank of liquid whose liquid depth should be measured. As the liquid represents a variable dielectric as its depth changes by covering and uncovering more plate area of the condenser, with the air on its surface representing another variable dielectric as it varies with the depth of the liquid, it becomes a matter of calibration of the output screen attached to show the correct depth.

What is a loop diagram and how to interpret it?