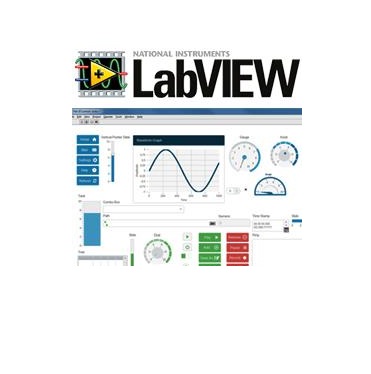 What is the use of virtual instrumentation?

You can use virtual instrumentation to create a complete and customized system for test, measurement, and industrial automation by combining different hardware and software components. If the system changes, you often can reuse the virtual instrument components without purchasing additional hardware or software

Using LabVIEW, you can

You can build the front panel with controls and indicators, which are the interactive input and output terminals of the VI, respectively. The controls are knobs, buttons, dials and other input devices. The indicators are graphics, LEDs and other screens. The controls simulate instrument input devices and supply data to the VI block diagram. The indicators simulate the output devices of the instrument and show data that the block diagram acquires or generates

The following example shows a block diagram and its corresponding front panel. After you build a front panel and block diagram, build the icon and the connector pane so you can use it in another VI. AVI within another VI is called a subVI . A subVI corresponds to a subroutine in text-based programming languages.

To know more about LabVIEW check the link below

How to select a control valve Actuator ?

What is maintenance? Types of Maintenance