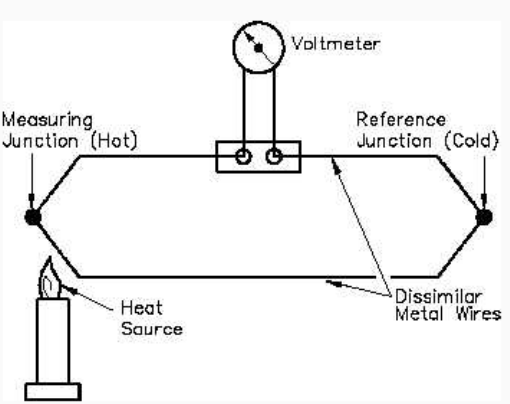 We can define temperature as the degree of hotness and coldness of an object or an environment. We can also determine the kinetic energy of a matter by the temperature measurement. It is a scalar quantity that would help us to determine the direction of heat flow between two objects. Temperature is an expression that indicates the physical properties of matter.

Why temperature measurement is important?

What are the different types of temperature measurement devices?

The RTD would determine the temperature by measuring the resistance of the wire. The working principle of the RTD is that if the temperature of the wire increases then the resistance to the flow of electricity would also increase. RTD can be used to do the measurement of temperature accurately. To determine the temperature and resistance, a constant current would be applied and then the voltage drop through the resistor can be checked. There are different types of RTD according to the sensing element which is used in it. Nickel, copper, and platinum are the most used sensing element in an RTD. Basically, it is a two-terminal device and it can be operated by using a small constant current source.

RTD’s are available in 2 wire, 3 wire, and 4 wire configurations and they are selected according to the required accuracy. Mostly four-wire and three-wire configurations are used widely due to their accuracy. RTDs are costly when compared to other types of temperature sensors. The response time of the RTD is faster than the thermocouple but slower than the thermistor.

Advantages of RTD over the thermocouple

This device would only have small errors due to the lead resistance when compared to the RTD. In order to do the operation of the thermistor current must pass through it so that the voltage can be measured and then we can calculate the resistance. When current flows through the thermistor then it would dissipate heat. The suitable temperature range of an NTC thermistor is from -55 to 200 C.

Advantages of thermistor over RTD and thermocouples

Advantages of thermocouples over RTD and thermistor

RTD Vs Thermocouple Vs Thermistor

How to select a proper temperature sensor for your application?

What are the major industries where temperature measurement is inevitable?

What is a thermistor and how do they work?