In Ratio Control, the controlled variable is the ratio of two measured variables. Control is effected by adjusting one of the variables –  the controlled variable, to follow in proportion to a second – the wild variable. The proportionality constant is the ratio.
Ratio relays are nothing more than manually adjustable gain devices and the ratio setting is the true set-point of the system. If the flow measurements are with differential pressure transmitters, the actual linear ratio setting must be the square of the required ratio. Most ratio relays have optionally calibrated scales which allow direct setting of the required ratio. 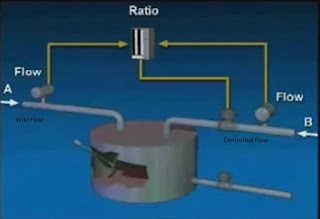 What is Reliability Centered Maintenance (RCM)?